Dubbed the Midwest Hydrogen Coalition, the group of participating states includes Illinois, Indiana, Kentucky, Michigan, Minnesota, Ohio, and Wisconsin, according to a release.

Under the agreement, reported by Transport Topics, participating states will work together to identify the best ways to produce hydrogen in their region, and to define “clean hydrogen.”

The coalition will also promote the Midwest as a promising area for hydrogen production specifically touting existing infrastructure for ammonia production and transport, such as pipelines. Ammonia “is an ideal hydrogen carrier,” the group claims.

Among the stated uses for this hydrogen is transportation, including medium-duty and heavy-duty trucks, as well as rail, aviation, and Great Lakes shipping applications. But hydrogen commercial trucks might be closer to maturity than other forms of transportation.

California a year ago predicted 100 retail hydrogen stations by the end of 2023, but that’s with a head start over the Midwest and other regions. Infrastructure in California has been slowly developing to service small numbers of passenger cars leased in the state to satisfy a zero-emission vehicle mandate. Drivers of fuel-cell cars have experienced unreliable stations and inconsistent hydrogen supplies, so hopefully the Midwest coalition will learn from California’s experience. 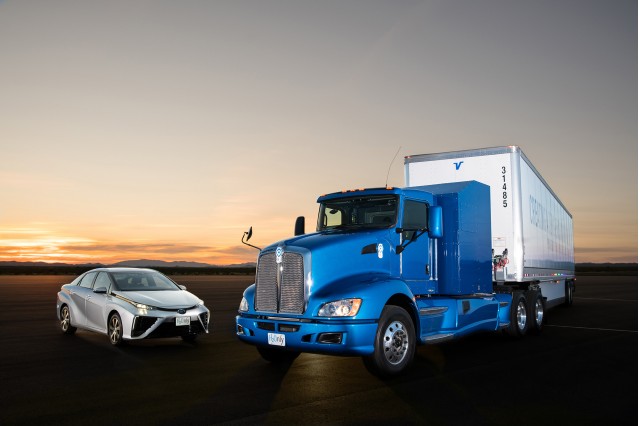 Threat of rail strike emphasizes its importance to …

Person ejected during crash on I-79 near Weston

Schumer pledges to keep senators in Washington until …

Person ejected during crash on I-79 near Weston

The story behind the two 20-foot-tall coal miner …

West Virginia city named among most beautiful US …

Deer dumpsters are back and ready to be filled