WASHINGTON, D.C. – The Defense POW/MIA Accounting Agency (DPAA) announced Tuesday that a U.S. soldier from Randolph County, who went missing in Korea nearly 70 years ago, has been accounted for.

During the Korean War, Blosser was a member of Dog Company, 1st Battalion, 32nd Infantry Regiment, 7th Infantry Division. He was reported missing in action Dec. 2, 1950, in the vicinity of the Chosin Reservoir in North Korea, after his unit was attacked by enemy forces. His remains could not be recovered following the battle and after the war, no returned prisoners of war reported seeing him in any camps, the release said.

On July 27, 2018, following a summit between President Donald Trump and
North Korean leader Kim Jong-un in June 2018, North Korea turned over 55 boxes, purported to contain the remains of American service members killed during the Korean War. The remains arrived at Joint Base Pearl Harbor-Hickam, Hawaii on Aug. 1, 2018, and were taken to the DPAA laboratory for identification.

As of today, 7,603 Americans remain unaccounted for from the Korean War. Using modern technology, identifications continue to be made from remains that were previously returned by Korean officials, recovered from Korea by American recovery teams or disinterred from unknown graves.

Blosser’s name is recorded on the Courts of the Missing at the National Memorial Cemetery of the Pacific in Honolulu, along with the others who are missing from the Korean War. A rosette will be placed next to his name to indicate he has been accounted for.

CLARKSBURG, W.Va. - 12 News is producing a weekly look at the trends in active coronavirus cases in north central West Virginia. This recap is released on Fridays, and it shows how the number of active cases has changed from the previous Friday.

ELKINS, W.Va. - More information has been released regarding the standoff at a residence in Elkins.

CLARKSBURG, W.Va. - As the coronavirus outbreak continues to affect West Virginia and the United States, WBOY is working to keep people informed on the latest figures in north central West Virginia.

To that end, the following is a running list of counties and their totals, based on information from the West Virginia Department of Health and Human Resources and county health departments.

Sun pillars light up the sky at sunset Friday 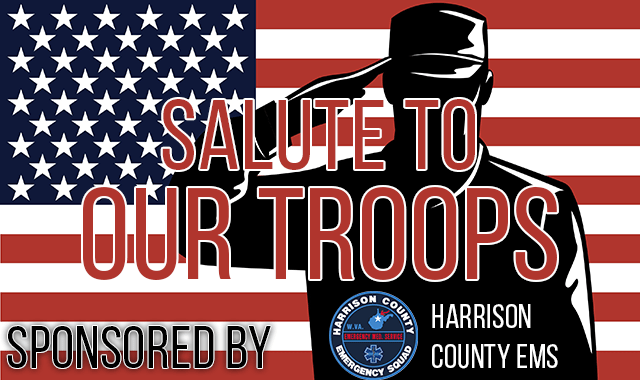